In a move that could go a long way towards curbing feelings of anxiety and depression linked with social media use, Facebook is testing a feature to hide like counts on their posts. In a statement given to TechCrunch, a Facebook representative said,” We are running a limited test where like, reaction and video view counts are made private across Facebook”.

Likes have become a de facto way of placing value on a user’s posts. More likes on a post typically signify that a post is more impressive than another user’s, which can boost some people’s self-esteem while bringing down others’. If you post a selfie that gets no likes, that’s a terrible feeling, for instance. Maybe hiding that public count will give people the permission to post more of the content they actually want to post, as opposed to photos that are guaranteed decent engagement, like food photos or sexy swimsuit pictures. Likes on a post are similar to an expression of fondness, it can be addictive and a person can also show withdrawal symptoms when they stop getting it. Facebook hiding like counts is healthy and promotes social well-being on the platform.

The feature first spotted by Jane Manchun Wong stated people will still be able to tap to see the full list of people who liked and reacted to a post (and presumably you manually could count from there), but the like count will no longer be shown on the News Feed.

Instagram is already testing this feature in Canada, Ireland, Italy, Japan, Brazil, Australia and New Zealand. Furthermore, the company is expanding the test to more regions. 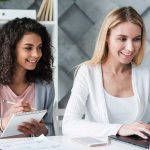