Twitter to ban all political ads ahead of 2020 US elections

While Facebook is adamant on not fact-checking the ads run by politicians, Twitter CEO Jack Dorsey announced last week that Twitter will ban all political advertising worldwide, saying that the reach of such messages “should be earned, not bought”.

The Cambridge Analytica scandal has been one of the reasons behind this bold and inspirational move by Twitter. The controversy pushed Russian propaganda on Facebook before the 2016 US elections were seen to affect the outcome, which was eventually won by Donald Trump.

The CEO of the public platform in a statement pointed out that “while internet advertising is incredibly powerful and very effective for commercial advertisers, that power brings significant risks to politics, where it can be used to influence votes to affect the lives of millions.” The move comes ahead of the 2020 US elections.

We’ve made the decision to stop all political advertising on Twitter globally. We believe political message reach should be earned, not bought. Why? A few reasons…🧵

Reacting to the move, Facebook founder Mark Zuckerberg defended his company’s policy. “In a democracy, I don’t think it’s right for private companies to censor politicians or the news,” he said during a conference call with the journalists.

Twitter’s ban on political ads will be enforced from 22nd November, with full details released by 15th November. 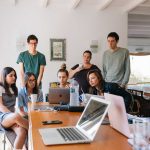